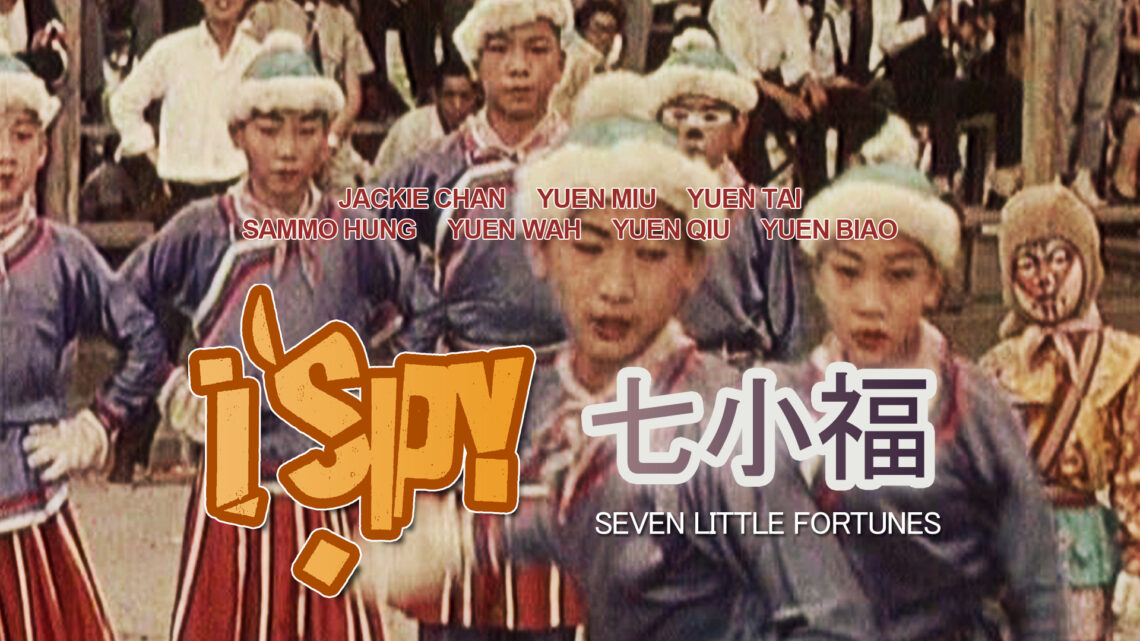 The 1960s were not only economic miracle years for Western nations, but also for the development of television technology and the entertainment industry. While colour television was only introduced in Europe around 1967, the progressive Americans, after years of further development, could look forward to regular colour television programs from 1953 onwards.

“Colour” could be the general headline of this decade, which, thanks to civil rights movements and names like Martin Luther King, reached the climax in the public discussion about racial equality and thus “colour”.

A young Bill Cosby felt this, too. Starting out as a comedian who appeared on stages and produced his own records, he quickly earned a high position in US entertainment as an African American. The then only 27-year-old, but already Grammy-winning entertainer received the second leading role in the television series “I Spy” in 1965 and was confronted with racism. In some southern US states, the series was not broadcast.

The NBC series is anything but racist, rather very cosmopolitan and sophisticated. “I Spy” is about two agents of the SSA (Special Services Agency) who travel covertly around the world as tennis professionals and trainers and solve tricky underground cases. The intro is characterized by a lot of lettering that shows capitals around the globe. And the first episodes go to the metropolis of Hong Kong.

Hong Kong was still under the British flag in the 1960s, which made the city the gateway to Asia. Here in the port, global resources were not only traded, the local economy also flourished as a result. This picture becomes clear from detailed and lovingly elaborated shots of many Hong Kong locations in the first episodes of the television series. Great shots for Hong Kong fans who love to travel!

In episode 9 of season 1 with the title “No Exchange on Damaged Merchandise”, the two agents are actually already in Tokyo. They are a bit behind with their work, so they have to type up a report that will summarize the incidents in Hong Kong weeks ago. The audience witnesses a flashback that accompanies the two agents through half of Hong Kong, including an ominous street festival that was actually taking place in Hong Kong at the time.

Here is the whole episode in English, following more information about the street festival.

1.9 “No Exchange on Damaged Merchandise”

The “Seven Little Fortunes” gig from 1965

I described who the Seven Little Fortunes are in more detail in the article “Enlightened: Jackie Chan is not in” Come Drink With Me “(” The Sword of the Yellow Tigress “) from 1966” (click here). At this point it should therefore only be mentioned that this acrobatics group from Hong Kong learned traditional Chinese opera and thus delighted audiences of all ages.

This top group around Master Yu Jim-Yuen consisted of more than seven members, but only seven of them ever performed at the same time. The most famous of the Seven Little Fortunes are Sammo Hung, Jackie Chan and Yuen Biao – who would become famous many years later in their careers as the Three Brothers.

The acrobatic group Seven Little Fortunes performed regularly in public, especially at the Lai Chi Kok amusement park in Hong Kong. However, the British-run Hong Kong also felt the aftermath of the economic boom, and traditional Chinese opera was no longer as popular due to film, television and music. The operators of the drama schools had to think of something new. In addition to traditional street parties, for which they were still booked, the school principals often loaned their extraordinarily talented students to film studios for good money.

Background to the appearance

The appearance in the episode “No Exchange on Damaged Merchandise” from “I Spy” is not a booked appearance by the acrobatics group. The street festival, which was recorded here and is therefore considered a historical document in the history of China and Hong Kong, was held in honor of Tin Hau’s birthday, a local festival in honor of the goddess of the sea and the patroness of fishermen (not an official holiday).

Tin Hau’s birthday is celebrated annually on the 23rd day of the third moon according to the lunar calendar. This data can be used to determine the exact day of admission and thus the age of the members of the Seven Little Fortunes. If you convert from the lunar calendar to the solar calendar, the street festival took place on a Sunday, April 25, 1965. This means that Jackie Chan had just turned 11 on these recordings (* April 7, 1954). The festival was held in Yuen Long, a district in the New Territories.

These are the members of the Seven Little Fortunes

In this picture you can see all of the seven members of the Seven Little Fortunes. From left to right there is Jackie Chan (Yuen Lo), Yuen Miu, Yuen Tai, Yuen Qiu (front left), Yuen Wah (back), Sammo Hung (Yuen Lung, front right), Yuen Biao.

The names in brackets are the stage names of the stars at that time, some never gave it up in honor of their master Yu Jim-Yuen; the names in italics can only be assigned 90 % exactly. Hints are gladly accepted, researched and updated.

Did the producers know that they are filming upcoming stars doing their hard work here? Did the US producers realize that the many Yuens would create individual careers that would turn the Hong Kong film world and then the entire action industry upside down? Probably not. And yet NBC’s consultants did a lot of research to import this unique event for their series into the West. Because in 1965, another Tin Hau temple in Sai Kung was completely renovated, which made headlines across Hong Kong.

It is also a romantic thought that these recordings represent the first ever commercially marketed appearance of the three brothers Sammo Hung, Jackie Chan and Yuen Biao to be captured on film.

The original TV series “I Spy” ran on US television for three seasons from 1965 to 1968 on NBC. A total of 82 episodes were filmed, which got Bill Cosby three Emmys in a row, making him the first African American ever to win an Emmy. The first German broadcast began on June 11, 1968, on ZDF with only 26 selected episodes under the (here translated) title “Tennis rackets and cannons”. At the end of the 1970s there were another 29 episodes in the evening program of ARD under the new title “Tennis rather than cannons”. Even the private broadcaster ProSieben showed these new episodes and added five more to its evening program in 1991 under the third title “Tennis, rackets and cannons”. The remaining episodes and repetitions took place on various channels in German-speaking countries.

In 2005, the first season was finally released on DVD in Germany, followed in 2006 by seasons two and three. Such a lasting success was probably not expected, as the stocks soon ran out, so the DVD box sets from Kinowelt became highly sought-after collector’s items. A new edition was probably never produced. Some sealed box sets of the entire series can be found from time to time on ebay for several hundred euros.

The distributor STUDIOCANAL, who took over the licensing Kinowelt GmbH in 2011, seems in all opinion to no longer own the rights to the series. So, it is unlikely that fans will be looking forward to a new edition of “I Spy” with Bill Cosby and Robert Culp in the near future.

For all Jackie Chan fans, it is important to keep your eyes open, because season one is often available from 60 euros on Amazon Marketplace or ebay Germany. If it doesn’t necessarily have to be the German version, because Jackie Chan and the other Seven Little Fortunes have no text, you can easily choose between several US and UK versions of the spy series.